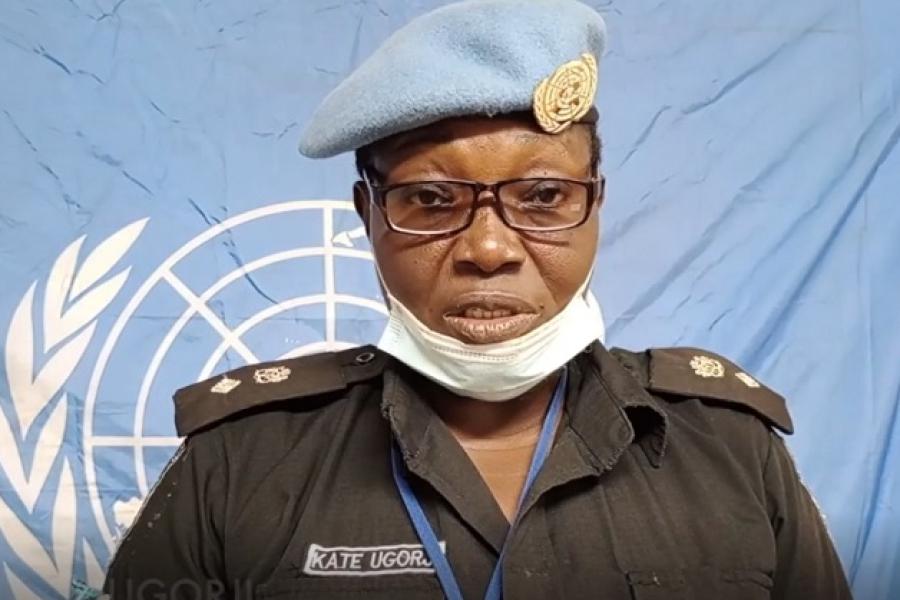 Chief Superintendent Catherine Ekwutosi Ugorji of the Nigerian police and serving with the UN Multidimensional Integrated Stabilization Mission in Mali (MINUSMA) has been selected by the United Nations as one of two runners-up for the prestigious UN Woman Police Officer of the Year award for 2020.

Of the 1,300 UN policewomen deployed in UN peacekeeping operations, twenty-one were nominated for the award.   The year’s winner Chief Inspector Doreen Malambo of Zambia, who serves with the UN Mission in South Sudan (UNMISS), will receive the award during a virtual ceremony presided over by Mr. Lacroix on Tuesday, 3 November. Superintendent Rebecca Nnanga of Cameroon, serving with the UN Multidimensional Integrated Stabilization Mission in the Central African Republic (MINUSCA), is the other runner-up.

UN Police Advisor Luis Carrilho, the UN’s “top cop,’ congratulated Chief Superintendent Ugorji for being chosen as a runner-and said:  “MINUSMA United Nations Police Officer Ugorji’s leadership of three Formed Police Units in Gao has been remarkable, and Catherine has introduced tactical operations that have been instrumental in reducing crime in the area, in support of the Malian security forces and the host population.”

“In addition to this very demanding role, Chief Superintendent Ugorji has worked diligently to improve living conditions for women police officers so they can serve safely and with dignity,” Carrilho added.

Chief Superintendent Ugorji deployed to the UN Multidimensional Integrated Stabilization Mission in Mali (MINUSMA) in 2018.  The Chief Superintendent has demonstrated exemplary conduct throughout her deployment in Mali where she serves as a Formed Police Unit (FPU) Coordinator in Gao. She has been liaising and coordinating with local authorities and civil society to finalize United Nations Police operations to reassure the population in the conduct of normal activities in an area of insecurity due to the incursion of terrorist and armed groups.  She is commended for her work to extend the outreach of the FPU to the Ansongo area, close to the Mali-Niger-Burkina Faso border area, where terrorists and spoilers of the Malian peace agreement are increasing their influence.  Her support for the joint operations with the Malian police, gendarmerie and National Guard have helped to ensure the security of the local population. Chief Superintendent Ugorji said she is eager to continue enhancing safety in Gao once COVID-19 related restrictions are lifted.

Ugorji joined the Nigerian Police in 2003, and has served as Criminal Investigator from the local to regional level, Child Protection Officer, Divisional Crime Officer up to Acting Deputy Commander of the Ogudu Police Division in Lagos.  Her other UN deployment was with the United Nations Stabilisation Mission in Haiti (MINUSTAH) from 2006-2007, where she served as a planning officer for FPU operations.

The UN Woman Police Officer of the Year award was established in 2011 to recognize the exceptional contributions of female police officers to UN peacekeeping and to promote the empowerment of women. The award carries even greater significance this year given the 20th anniversary of Security Council resolution 1325 on women, peace and security. 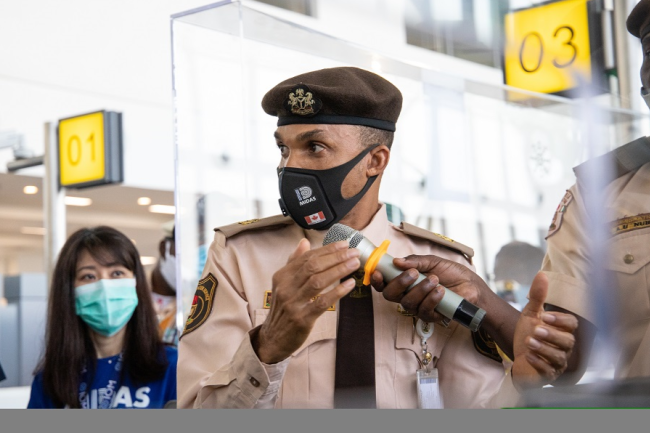 “Canada is proud to partner with IOM and the Government of Nigeria on the delivery of these MIDAS systems. 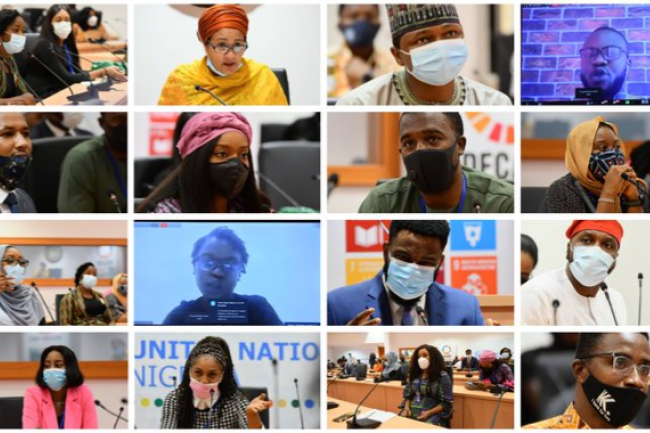 Listen To Us, Understand Our Concerns And Aspirations - Nigerian Youths

In a dialogue with UN Deputy Secretary-General Amina J. Mohammed, Nigerian youth pressed for opportunities to be part of the solutions 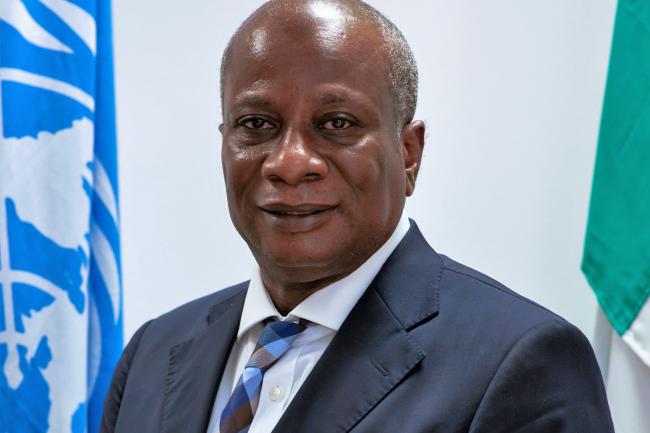 We are Working Towards a World Free of Poverty, Hunger and Disease – Kallon

We are working towards a world free of poverty, hunger, disease and want, where all life can thrive.